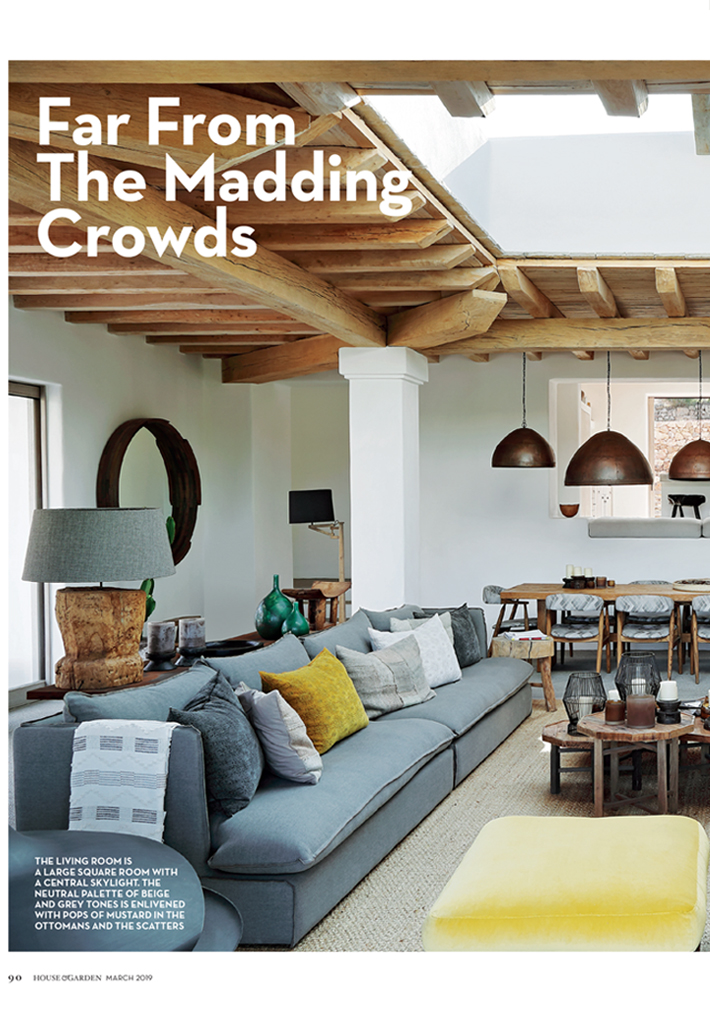 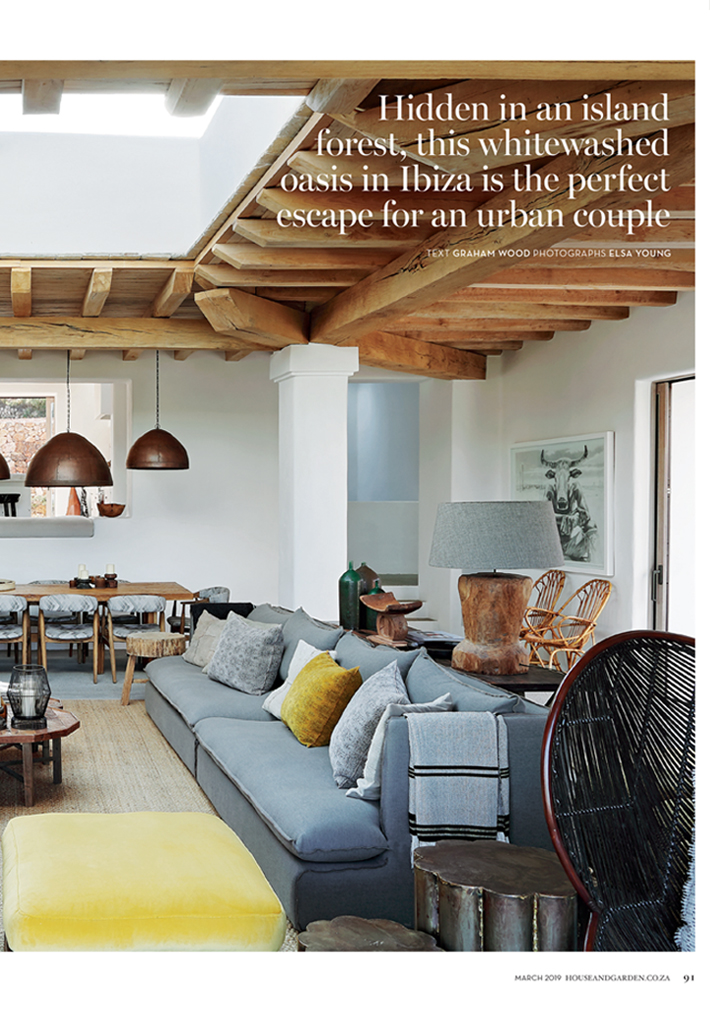 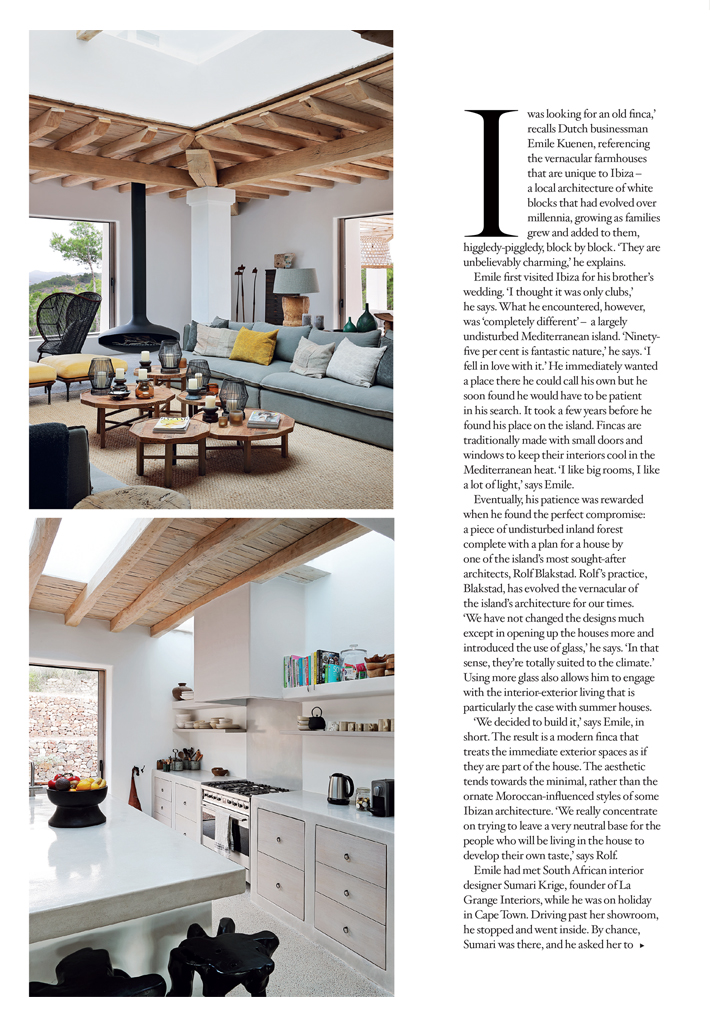 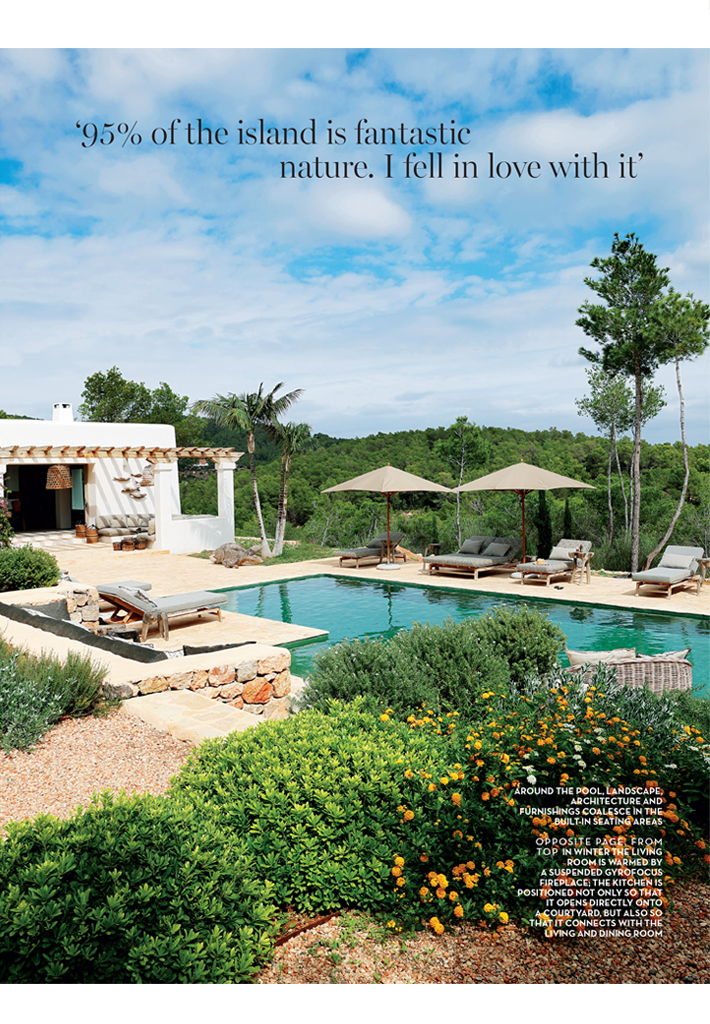 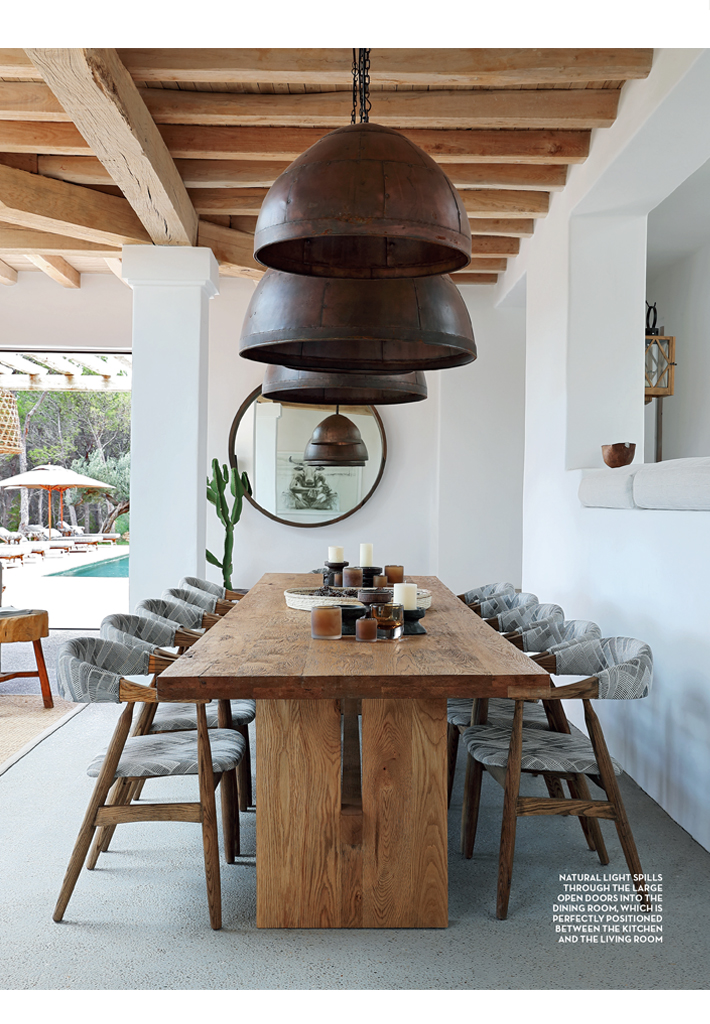 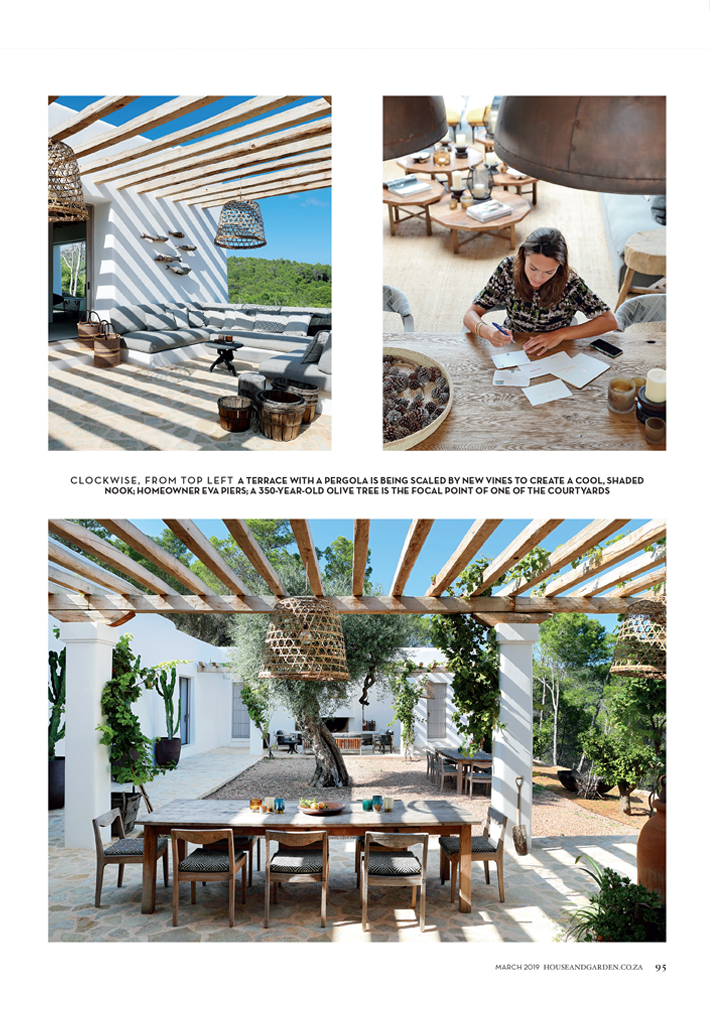 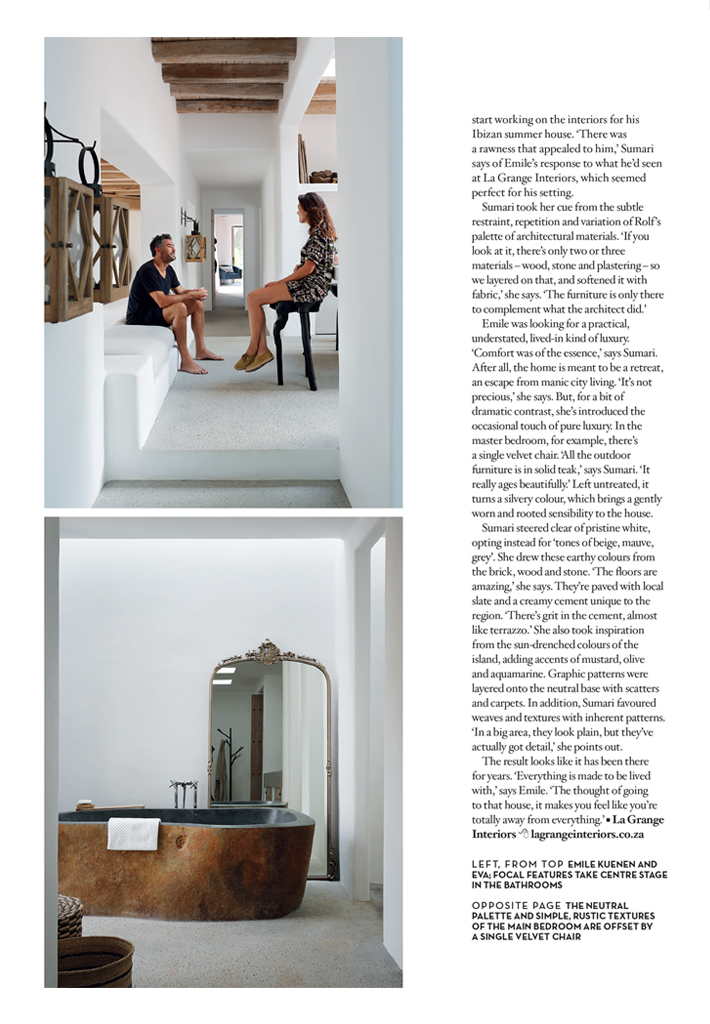 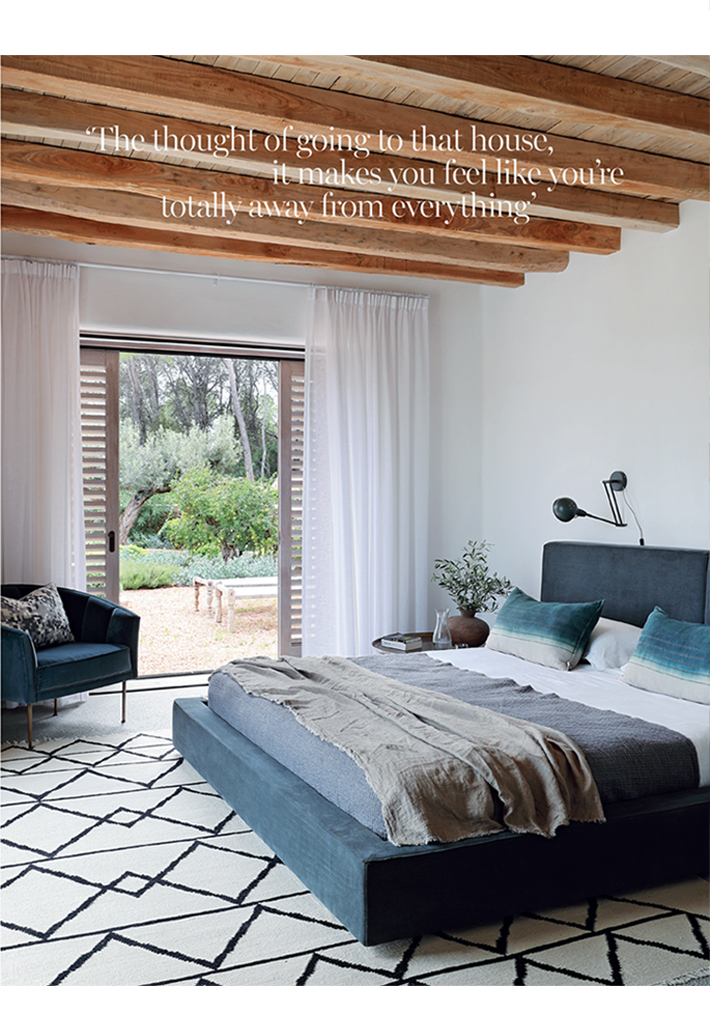 Hidden in an island forest, this whitewashed oasis in Ibiza is the perfect escape for an urban couple

I was looking for an old finca,’ recalls Dutch businessman Emile Kuenen, referencing the vernacular farmhouses that are unique to Ibiza – a local architecture of white blocks that had evolved over millennia, growing as families grew and added to them, higgledy-piggledy, block by block. ‘They are unbelievably charming,’ he explains.

Emile first visited Ibiza for his brother’s wedding. ‘I thought it was only clubs,’ he says. What he encountered, however, was ‘completely different’ – a largely undisturbed Mediterranean island. ‘Ninety-five per cent is fantastic nature,’ he says. ‘I fell in love with it.’ He immediately wanted a place there he could call his own but he soon found he would have to be patient in his search. It took a few years before he found his place on the island. Fincas are traditionally made with small doors and windows to keep their interiors cool in the Mediterranean heat. ‘I like big rooms, I like a lot of light,’ says Emile.

Eventually, his patience was rewarded when he found the perfect compromise: a piece of undisturbed inland forest complete with a plan for a house by one of the island’s most sought-after architects, Rolf Blakstad. Rolf’s practice, Blakstad, has evolved the vernacular of the island’s architecture for our times. ‘We have not changed the designs much except in opening up the houses more and introduced the use of glass,’ he says. ‘In that sense, they’re totally suited to the climate.’ Using more glass also allows him to engage with the interior-exterior living that is particularly the case with summer houses.

‘We decided to build it,’ says Emile, in short. The result is a modern finca that treats the immediate exterior spaces as if they are part of the house. The aesthetic tends towards the minimal, rather than the ornate Moroccan-influenced styles of some Ibizan architecture. ‘We really concentrate on trying to leave a very neutral base for the people who will be living in the house to develop their own taste,’ says Rolf.

Emile had met South African interior designer Sumari Krige, founder of La Grange Interiors, while he was on holiday in Cape Town. Driving past her showroom, he stopped and went inside. By chance, Sumari was there, and he asked her to start working on the interiors for his Ibizan summer house. ‘There was a rawness that appealed to him,’ Sumari says of Emile’s response to what he’d seen at La Grange Interiors, which seemed perfect for his setting.

Sumari took her cue from the subtle restraint, repetition and variation of Rolf’s palette of architectural materials. ‘If you look at it, there’s only two or three materials – wood, stone and plastering – so we layered on that, and softened it with fabric,’ she says. ‘The furniture is only there to complement what the architect did.’

Emile was looking for a practical, understated, lived-in kind of luxury. ‘Comfort was of the essence,’ says Sumari. After all, the home is meant to be a retreat, an escape from manic city living. ‘It’s not precious,’ she says. But, for a bit of dramatic contrast, she’s introduced the occasional touch of pure luxury. In the master bedroom, for example, there’s a single velvet chair. ‘All the outdoor furniture is in solid teak,’ says Sumari. ‘It really ages beautifully.’ Left untreated, it turns a silvery colour, which brings a gently worn and rooted sensibility to the house.

Sumari steered clear of pristine white, opting instead for ‘tones of beige, mauve, grey’. She drew these earthy colours from the brick, wood and stone. ‘The floors are amazing,’ she says. They’re paved with local slate and a creamy cement unique to the region. ‘There’s grit in the cement, almost like terrazzo.’ She also took inspiration from the sun-drenched colours of the island, adding accents of mustard, olive and aquamarine. Graphic patterns were layered onto the neutral base with scatters and carpets. In addition, Sumari favoured weaves and textures with inherent patterns. ‘In a big area, they look plain, but they’ve actually got detail,’ she points out.

The result looks like it has been there for years. ‘Everything is made to be lived with,’ says Emile. ‘The thought of going to that house, it makes you feel like you’re totally away from everything.